Sent to me by an ImaLibertarian Reader: 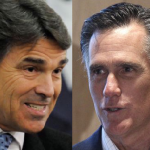 If your only source of political information is the Lamestream Mainstream Media, you would never realize that the movement known as the Tea Party Movement isn’t a monolithic group of people who support homogeneous political positions.  As a dues paying (make that Ron Paul campaign contributing) member of the original reconstituted Tea Party that began on December 16, 2007, I and many others were uniformly opposed to Congressman Ron Paul’s REPUBLICAN OPPONENTS in the race for the 2008 Republican nominee.  Since then a variety of ordinary NeoCon politicians labeled as Conservatives or Republicans have succeeded in representing themselves as Tea Party members.  I guess they’re free to do so, since there’s no formal Tea Party membership and no formal membership criteria.  Nevertheless, I am compelled to make the point that people like Dick Armey, Newt Gingrich, Sarah Palin, Herman Cain and all the others on the stage with Ron Paul – are impostors.

Tom Mullen recently published an article on his blog that makes my point better than I can.  Read it HERE.

Message to the GOP leadership and to their willing accomplices in the media:

If the GOP thinks the Republican Party can regain the White House, it had better start recognizing and supporting the candidacy of Congressman, Doctor Ron Paul right now and start to honestly present the history and voting records of his big government, mainstream, media favorite opponents for what they are… regardless of the fact that some of them will come off looking like idiots, corporate shills, socialists and uninformed Tea Party imposters.

The following videos are presented for the simple purpose of illustrating that Ron Paul has been right for AT LEAST 23 years.  The first two videos were recorded in 1988 when Ron Paul ran for the office of president as the Libertarian Party candidate.  Notice that he explains what was going on back then and predicted EXACTLY what the result would be.

In this video we see that a mainstream media network isn’t happy that it inadvertently allowed Ron Paul’s accurate message to be aired and potentially heard by the American public.

John Stewart hosts a show on the comedy channel.  Even so, it’s possibly the least biased news outlet around.  In the following video, he exposes the blatent bias that exists on a variety of the so-called “legitimate” news channels.

If you don’t want to see Obama re-elected…  All Independents including libertarian Party, Green Party, Constitution Party members as well as freedom loving Republicans and Democrats need to register as Republicans to insure that Ron Paul becomes the GOP nominee and INSURE that either Ron Paul or Barack Obama will be the next president.

Personally;  If Ron Paul doesn’t win in 2012, I don’t think it matters who wins.

That title refers to me.  I’ve been incredibly naive and gullible for too damned long.

When I first saw the NYT article on people who moved onto a flood plain and were then astonished to discover high water, I thought it was a funny human interest article.  Since I thought that no lender would offer a mortgage on a home in a flood plain that didn’t include flood insurance, I was curious about the cost of a policy… so I tried to find out how much it would cost on the open market.

Imagine my surprise when I discovered that the only flood insurance offered is one based on a FEMA subsidized (100%) policy.  If you peruse their website, you’ll discover how they train policy sales people and how to get in line to become a corporate welfare recipient of a program that’s sold as a social safety net.

A friend of mine expressed regret that he felt a little mean for thinking that maybe they deserved what they got.

No… what I think is mean, is luring ignorant people into taking risks that will statistically result in a benefit to someone else.  A benefit that’s going to add to the debt that will only be paid by my (our) grandchildren.

What the heck is going on?

Rather than entering my long winded diatribe about why I’ve more and more decided to loath what was once the greatest experiment in liberty the world has ever known, I’m going to rely instead on the following already published accounts of why we should all know Tim DeChristopher.

After you’ve watched the video account of his actions and their consequences, please take the time to read his complete statement at his sentencing .

Are you ashamed too?

For some time now I’ve been thinking about all the revelations that the internet provides and how it’s ubiquitous communications capability has fundamentally altered the way everyone does business.  Especially government business.  Along those lines, it occurred to me the other day that our traditional economic policy of constantly inflating the currency in order to allow banks to securely service debt with only fractional reserves was dependent on the fact that the common, ordinary citizen bank customer never before realized that without the FED’s printing presses, all banks are insolvent because the only legal tender happens to be Federal Reserve Notes… which is inherently counterfeit.

At about the same time, I heard about Congressman Ron Paul’s “Free Competition in Currency Act.”  I connected the dots with the following letter to my legislative representatives.  Needless to say, I hope a lot of citizens learn about and support the benefits of having a legitimate currency.

Please co-sponsor and do all you can to help pass Ron Paul’s “Free Competition in Currency Act” (HR 1098).

Unless you are afraid of exposing the FED’s counterfeiting Federal Reserve Notes that have less and less value, you will want to co-sponsor and support HR 1098.

The only reason to oppose HR1098 is to hide the fact that counterfeiting is illegal for good reason and an admission that you don’t understand that Keynesian consumer stimulus schemes depend on a level of secrecy that the internet and worldwide communications technology have forever rendered obsolete.

In the wake of the FED’s expansion of it’s balance sheet, consumers in a bygone era consumed irresponsibly only because they had no reason to know that the influx of currency didn’t occur naturally because of an expansion in production. Now days everyone knows that these influx’s are temporary, fraudulent monetary perversions, and for that reason even banks aren’t pushing their ill-gotten gains into the marketplace.

Horror!  Tremble in fear for the possibility of (another) currency default.

We never learn, do we?

Cower in terror at the thought of Moody’s downgrading US currency.

What we really ought to do is reflect on past defaults and try to imagine the really horrible consequence of failing to stop this counterfeiting FED enterprise in it’s tracks right now before it’s too late to prevent our winding up like the Weimar Republic.

They say that I missed 3 questions, but I’m going to argue with them about one answer.  The other two though, I blew fair and square.

My results are below:

I need to do some more studying.  How about you?

that Sarah Palin generates no matter what she says or does.  He knew I held a low opinion of the Forth Estate, and probably wanted someone to agree with his analysis of it’s paparazzi work ethic.  It’s just a symptom.

It would take an astronomically modest libertarian to refrain from saying, “I’ve been complaining about politicians dishonoring their oaths to the constitution and a news media that tries to sensationalize the trivial for 30 years.”   I wish I could be that modest.

The limits that the constitution imposes on the federal government still aren’t respected by the general public.  Until they do, the politicians aren’t going to either.  They continue to beg for “rights” bought with other peoples money, not realizing that every individual right they receive is actually putting money in the pocket of the government’s business partners – but only AFTER it’s been pulled out of theirs.

When I was just a wee lad (70 years ago), this dependency ethic was still being perfected and almost none of the above examples of that ethic were implemented.  Back then about the same number of people starved in the streets, failed at business and developed newer, more efficient methods as they do now.  The big difference between then and now, is that back then you couldn’t know ahead of time whether you’d succeed or fail and then learn through experience the things that went in to success and failure.  Now days, you don’t have to work to get food, shelter, healthcare, or to start a business without concern for its ROI.  No wonder poor people thought they could get rich by simply buying houses in every waking hour.

Only the most immodest libertarian would ever say, “I told you so.”  It’s a pity, but that’s more like me.

I ask myself – “Could Palin be any worse?”  I answer myself, “Only with extreme difficulty.”